What type of heat pump are you looking for? 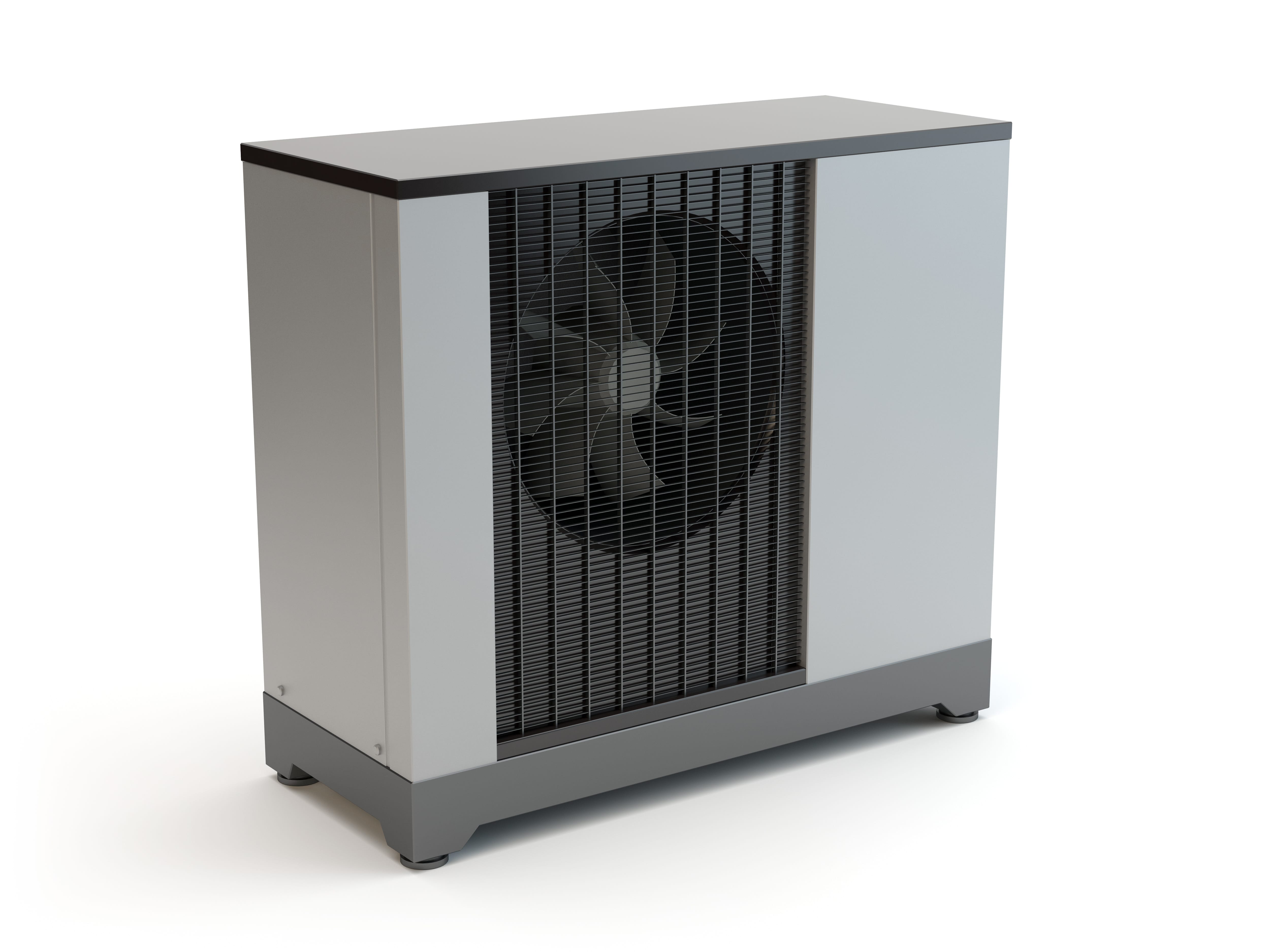 How does an air source heat pump work?

You put 1 unit of electrical energy in and get 3 or more units of thermal energy back? This might sound too good to be true. You're probably thinking that this goes against the conservation of energy, as energy can neither be created or destroyed. Who would want to bet against Einstein right? Here we will use the same scientific mindset to unravel the mysteries behind air-source heat pumps.

Chances are you would have heard a bit about how air source heat pumps. There’s been a bit of a buzz about them recently. Governments around the world are placing their full support behind this innovative technology. Countries like the UK are providing grants of £5,000 per installation from April 2022 for at least 3 years. If the UK is to meet its target of being carbon net neutral by 2050, a radical shift is needed away from current sources to cleaner and more sustainable sources. Heat pumps represent a means for such a transition. They are considered as a renewable energy saviour away from greenhouse gas emitting boilers to air fuelled, partially clean energy. With so much support behind heat pumps, we thought we’d take a deeper look at the fundamentals behind this fascinating technology.

What does an air source heat pumps actually do?

Air source heat pumps, commonly abbreviated as ASHPs do exactly as what their name implies. Simply put they extract heat from air outside and transfer (or pump) this heat to somewhere inside, usually a home or building. They work in a similar manner to the fridges we use at home except in reverse. A fridge uses the refrigerator cycle to remove heat from inside the fridge and place this outside. A heat pump removes heat from outside and places this heat inside like in a home.

Now you may be thinking, what if it’s cold outside as in the UK. How do heat pumps work in winter or cold weather? Well, as humans we may perceive 0℃ as cold, however this is relative to our own body temperature of 37℃. However, from the impartial perspective of the universe, even at 0℃ there exists vast amounts of thermal energy. In fact, a system will continue to have thermal energy right down to -273.15℃, meaning as long as the temperature is above this, it is thermodynamically possible to operate a heat pump.

At -273.15℃ a point known as absolute zero, the thermal energy of a system will have its lowest possible value and particles all but cease to vibrate.

At absolute zero, all particles within a system cease to vibrate and come to complete standstill. Fortunately heat pumps need not to worry about this as the coldest ever temperature globally was -89.2℃ and -27℃ in the UK.

Before we dive into the steps involved in the complete cycle of a heat pump, it will be helpful to understand the 2 systems at play with a heat pump. A system is an environment in which we can assume certain conditions or variables remain the same. With an air source heat pump, we have two clear systems.

This is the area outside and excluding everything but the home or building to be heated. Here, we can assume that there is an infinite pool of thermal energy. While this is an assumption, it is rather close to the truth as the atmosphere is so large in comparison to how much heat we are capturing. It’s a bit like taking a bucket of water every day from the sea. The sea is not going to miss this bucket and will replenish itself through the water cycle. This principle of  extracting energy from an infinite pool is crucial as if we couldn’t do this, the entire thermodynamic concept of heat pumps simply wouldn’t work. In fact, it is this limitless aspect which allows heat pumps to be classified as renewable. As long as there is air outside, a heat pump can ‘fuel’ itself with air, just without all the unsustainable greenhouse gases.

As you’ve probably guessed this is the area inside of a home or building. Here we can assume that the volume is finite and if the volume is finite, it means that once we transfer thermal energy into this system the temperature would inevitably increase. The larger the internal system, the more heat and time it takes to raise the temperature. Installing exhaust air heat pumps in a small flat will result in increasing heat loss by drawing in large amounts of unwanted outside air. In addition, the airflow will lead chronically to increase ventilation of the flat.

We should also mention that transferring heat into the internal system is futile without the necessary measures of retaining this heat. Preventing heat from leaving comes in the form of adequate insulation at the boundaries of the internal system. These boundaries include walls, windows and the loft or roof. The greater the level of insulation at these boundary points, the longer a system can retain heat. This is why a heat pump works particularly well when used in conjunction with proper insulation.

Now we understand the 2 crucial systems within the heat pump cycle, we can begin to dive deeper by learning about the core components which make up a heat pump. These include:

7 key steps in the cycle of a heat pump

Traditionally we think of boiling in reference to water with a temperature of 100℃. However substances such as the refrigerant boil at temperatures below that of freezing point for water. As the refrigerant moves up the outdoor coil, more and more heat is applied due to the increased surface area with the tubing. At some point within the coil, the refrigerant boils and turns into vapour. For ease of understanding, you can think of the refrigerant existing as liquid in the lower half and vapour in the upper half.

The refrigerant vapour is fed through the reversing valve which gives the entire cycle a flow rate. That is a movement of fluid, in a particular direction at a particular speed. If the flow rate has to move at precisely the correct speed in order to capture and deliver heat efficiently. Too slow or quick and we may compromise on the entire cyclic efficiency.

It is critical for the refrigerant to exist in a vapour or gaseous state for the purpose of compression.

Liquids are incompressible as their density is already high. Vapour, however, has low densities and can be compressed.

In this stage the compressor increases the density so that there are more particles in the same volume than before entering the compressor. As pressure is proportional to temperature, it means that the temperature is also increased due to the kinetic energy released as particles collide more frequently and with greater force.

This is achieved through the inside coil where the refrigerant flows from top to bottom in the indoor coil. A fan blows against the tubing containing the refrigerant to extract the heat. We can extract this heat in a variety of ways including air or water. The former is used to heat the ambient temperature of the internal system. If heat is transferred to water, underfloor heating, radiators or hot water showers are all possible heat outputs. If there is no demand for the heat, it can be stored in a hot water cylinder tank.

Residual heat will likely still exist in the refrigerant. To remove as much heat as possible, the refrigerant passes through an expansion valve. Here the pressure of the liquid is reduced and in turn the temperature also decreases so that there exists a high temperature difference between refrigerant temperature and the external system. The bigger the difference, the greater the heat transfer. Did you know that hot water freezes more quickly than cold water? This is because of a greater temperature gradient.

Once the refrigerant has returned back to a low temperature and low pressure liquid, the cycle is repeated once again back at step 1.

The efficiency of a heat pump is measured by its coefficient of performance, commonly known as COP. The COP details the relationship between the amount of electrical energy put into a heat pump and the amount heat outputted. As the compressor is the most energy intensive process, the COP usually relates solely to the compressor.

It is the COP which is responsible for the enormous efficiency of heat pumps, usually the COP lays between 3 and 4 representing a 300 and 400% respective efficiency. It’s important to note that we are not creating energy out of thin air, we are simply transferring 3 - 4 kW of heat from an external system to an internal one using 1 kW of electricity. In doing so, we abide by the conservation of energy as described by Einstein.

Heat Pump Chooser provides independent advice on heat pumps available in the UK. We provide reviews, guides and advice for a range of heat pumps.